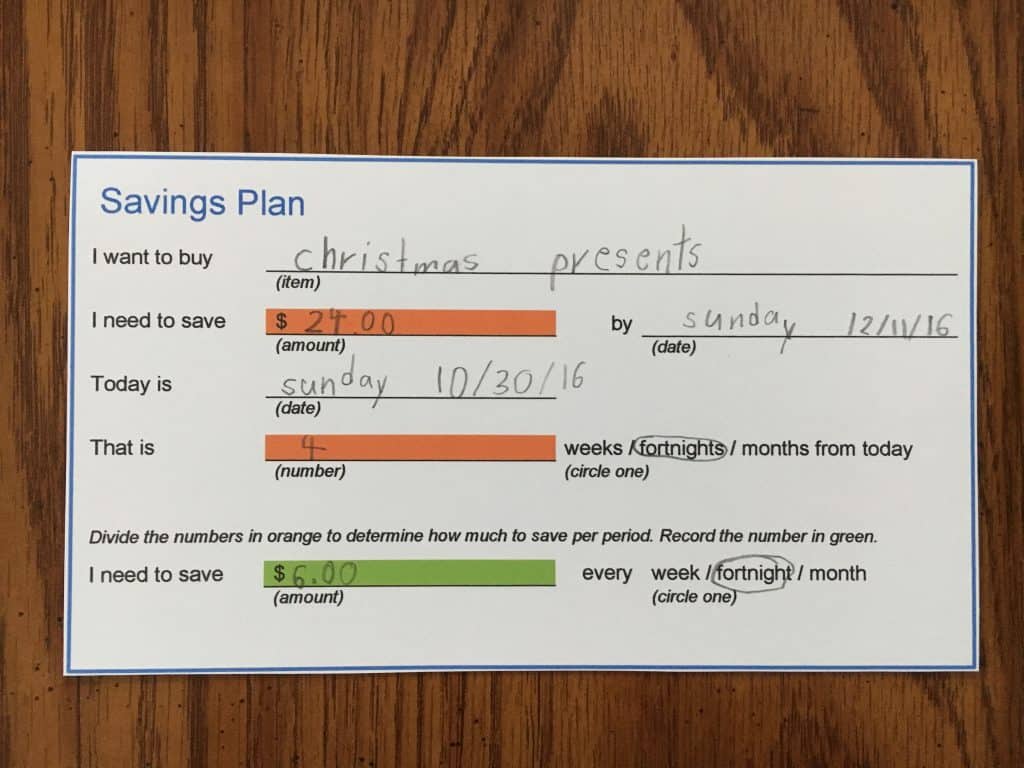 Earlier in the month, he had the opportunity to take money in for Secret Santa to buy presents (although apparently it’s not called Secret Santa anymore, it’s called The Snowball Express). He always feels very grown up coming home with gifts that he picked out himself! I’m not a huge fan of Secret Santa because I think the gifts are cheap, but I told him that he could choose if he wanted to use his Christmas money for Secret Santa or at the store.

He chose to get some of the gifts at school and we went out to buy the rest.

Before we went shopping, we brainstormed some ideas for each person he wanted to buy for. (Knowing J, if we didn’t do this, we would be wandering around the store aimlessly for hours.) Once the brainstorming was done, he wrote the winning ideas down, and we set off for the store.

The ideas were within budget for each person, however, we didn’t write down what things cost while we were shopping. When we checked out, the total was more than he had — $19.49 and he only had $19.00. Luckily he had his spending envelope with him and was able to use 49 cents from it.

When we got home, I looked over the receipt and noticed that one of the items that should have been on sale for $4.50 rang up at $5.99. So we had a talk about how we should have made a note of what the prices were (to make sure we had enough money when we went to the register, including tax) and paid more attention as each item was rung up so we could have caught the mistake in the store.

Most of these lessons don’t go perfectly the first time around, but we discuss what works and what doesn’t, so I’m confident that next time things will go more smoothly.

If you want to try it out, you can download the plan and register here! Let us know how it goes!